Home » A Complete Guide to help you Create an Addictive Game

A Complete Guide to help you Create an Addictive Game

We are deep in the mobile era, and it’s no longer a secret that smartphones have become an intricate part of our lives. They are quite possibly up there with electricity and indoor plumbing, as they have reached a level of near basic need. It’s frightening to think about it, but at the same time, it’s impossible to let go. A smartphone has become our tool, our source, our entertainment, and our primary method of communication.

Studies have shown that the average person glances at their phone around 110 times per day, and around 176 million people worldwide access apps around 60 times in a 24-hour period. Be it while walking somewhere, waiting in line, or postponing sleep, apps have become a part of our daily life. The good news for the general user is that there are many options out there. For developers, though, that’s the downside of the business.

The trick is to find the appropriate combination to create the perfect app and the most addictive game that will surpass all others. It’s difficult to stand out among the swarm of applications and actually create something that will keep users coming. After all, why should they keep coming back if there are so many options out there? Here are some things you should consider if you want to make your game addictive and keep players coming back for more.

Push Down Your Ego and Consider Timing

Your game might be the best thing you ever created, but bear in mind that it will not be the most important aspect of the user’s life. They will have other matters on their mind, so your app will not be their sole focus. People are busy, constantly on the move, and in need of something to do. Think of your game as the one that will fill the blank spaces in time. Players should be able to enjoy it in a waiting room, while shopping, or even on a bus ride.

Beautiful and exciting colors have a positive and near instant psychological effect. Powerful shades, such as bright red or electric blue can be put to use and have an excellent impact on the player. Games like Candy Crush have made an intelligent use of this technique, making shiny and “delicious” elements part of the experience. And who hasn’t challenged themselves with the trickier levels of the game? Candy Crush generated around $1.5 billion in 2013 alone. It’s not really surprising that psychological tricks were used, such as colors.

Recommended Reading:  How To Create partition on SD card!

At the same time, making use of “dumb” mechanics is the perfect piece to fit into the addiction puzzle. It needs to be simple, and the controls should be intuitive. Few people bother to read the instructions, about as many as those who read the End User License Agreement before hitting the “Agree” button.

Make It a Friendly Competition Leaderboards and high scores have existed for as long as games did. It started with the old arcade games and continued to present-day professional competitions that have prizes which amount to millions of dollars. While an addictive mobile game will not achieve the latter, it could still reach levels of fame that will make everyone play it. To arrive at that point, however, you need to make sure that players are fighting for something and, preferably, with or against someone.

Make your game have an edge of competition to poke at their interest in returning and getting better with time. Whether it’s tackled on social media or directly on a smartphone, there should be many ways to engage their friends in it. Competition is a major factor of many addictive games because it makes players want to be the best. And, more significantly, it’s always more fun when their friends are involved.

The Pot of Gold at the End of The Rainbow

A reward system is invaluable to any addictive game, and it’s certainly one of the main factors to consider. Their efforts and time invested in playing will need to result in something, be it lives, points, more elements to toy around with next, or anything else appropriate to your app. Never underestimate the power of a reward. It works with nearly every learning process in life, and your game should be no exception.

Pay attention to the “flow” of the game. It means that you should maintain a perfect balance between stress and reward. If it’s too stressful, it will invoke negative emotions such as anger and frustration. However, if it’s too easy to gain the bonus, it becomes boring and the player loses interest. Neither boredom or frustration are the key elements of an addictive game, so avoid them at all costs.

Recommended Reading:  How to get UNLIMITED lives in Candy Crush Saga! A common factor of every game that has ever inspired addiction is repetition. However, it’s not as simple as it sounds. Players need a sense of doing the same thing over and over again with a better reward, but that is merely the shell of the concept. Take games like Angry Birds or Tetris and consider their repetitive system. You are using the same mechanics again and again, yet the levels change ever so slightly with time.

Consider creating your game in stages, add challenges little by little, but maintain the essential functions. No one wants to learn something new with each level.

A Sense of Acquired Skill

Players need to feel a sense of accomplishment and competition, but they should also want to get better. This quality of the game is tied to the concept of repetition. Addiction to mobile games is a recognized psychological phenomenon, and it’s because these two notions have been executed perfectly. Make your game in a way that players can actually get better and learn more through time. Improving their skills, mastering the controls, and constantly wishing to be the greatest will keep them coming back.

The gratification should never be too quick, and the game should never be too easy to beat. It has been long observed that the longer the wait, the sweeter the reward will seem to be.That is why many people waste money on gambling and often return because “this time, they can win it”. It’s the same psychological factor that should be considered when creating a game. A near miss, a tease, and almost perfect score are a few other notions that should be well thought-out when creating a future addictive app. An addictive game cannot be emotionally or mentally draining. If it’s too “hardcore”, it will lower the player’s resources and make them constantly want to take a break. That’s not addictive. Your game needs to be casual and straight forward, so that it can be enjoyed many times at any occasion and for a long time players, a learning curve that gets gradually more difficult, but never too challenging. There’s only so much time spent on a game that becomes exhausting because its main purpose is to be fun.

Breaching The Conscious and Subconscious

The psychological factor is at the root of any addictive game. In order to maintain your app in the center of the player’s attention, you should certainly consider tapping into the two realms of their mind. For one, there should be a system that tackles reflexes and quick decisions based on nothing but instinct and skill. This includes rapid tapping and fast choices. On the other, think of engaging the player’s methodical way of thinking, such as “how much X I need to do in order to get reward Y?”.

Fluctuating between the two will create a more addictive game because there will be the excitement and skill of the moment, combined with the ambition of gaining future rewards.

If you want your players to keep returning, you need to offer them an app that will not cause frustration due to malfunction or bugs. It needs to be well created, and there are numerous tools out there that will help you develop the proper app. A game needs to be of high quality, become known to the players, and it certainly needs to be stable. Nobody will keep coming back to an eternally faulty game that shuts down their device at random.

The Point of Relief

Consider your game as the well of entertainment at the end of the day. Think about including some satisfactory elements that could genuinely release aggression, such as destruction. It may sound violent, but it’s ultimately a part of addictive games. Take Angry Birds or Candy Crush as an example, where you either need to destroy structures or the candy explodes during gameplay. It’s a subtle way of offering gratification, and another psychological element that would keep players coming back.

Always keep in mind that an addictive game is never represented by just one of these elements. It either has all of them or several combined. It has to be the perfect recipe with a delicious reward at the end that will encourage more and more players to indulge non-stop. Make it fun, keep it simple, and take into account that some psychological tricks are the pillars of an addictive game. 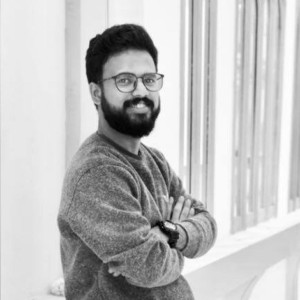 Mohit Chauhan is a founder of a TechTechnik. He Loves to write on any topic related to WordPress, Tech, Android and computers.

Instagram is the second most social networking service after Facebook. The main purpose of the service is to

How To Gain Traffic On Instagram For Fashion Site in 2020

Instagram is on the rise, and it comes with the latest changes daily. The market is now talking

One of the most compelling features of Instagram Stories is Instagram Live. It comprises video streaming, which allows

Do you want to convert a hard copy into a virtual document? If yes, then OCR, Optical Character

How to Improve your Landing Page Conversion Rate

Best Free Sports Streaming Sites that you can use in 2020

Scroll back to top